Zelensky is a kept man, his flesh softer than sin under the khaki costume ~ilana

Broadly speaking, anyone (other than white South Africans) can claim “credible fear” at the US south-western border, and must, by law, be given safe passage. That, combined with family unification policies—one legal, third-world immigrant brings in a tribe—and birthright citizenship, a legal aberration not practiced by any serious country in the world, have made population replacement in the United States a fait accompli, a done deal.

Indisposed to idle optimism, your columnist refuses to dish anything but reality about the future of the United States from the vantage point of immigration. The demographic tipping point has arrived, by which I mean that America’s annual intake of legal and illegal immigrants, coupled with immigration law, for which the Uniparty is responsible, accounts for the exponential nature of this top-down scheme to swamp America.

Millions of invaders are invited in annually, to take up residence in a country in which they will be inculcated into a militant anti-white culture; taught to hate their hosts in the purplest of ways. The statist scandal has been underway for decades now.

In all, be realistically pessimistic, America, but do not despair. For your optimism, look to localism. As hard as this is, individuals who’re politically and philosophically aligned must endeavor to congregate in small communities of the like-minded. Create we must our own immutable reality on the ground to counter theirs.

Reality being the rational man’s anchor, I further dispel, with chapter and verse, in the latest Hard Truth podcast, any illusions that dissidents enjoy robust representation on Fox News. Had we listened to the resident COVID expert, Dr. Marty Makary, we’d be vaccinated. Fortunately, most of us ignored his ilk and remain healthy pure-bloods.

How much of a Johnny-come-lately is Makary on matters COVID? Here’s but one example: Almost 2 years ago I shared an important revelation on LinkedIn. It had originated from a highly credentialed researcher on that professional site. She had been flabbergasted at having found no empirical safety data to rule out the fact that the mRNA spike protein migrates well beyond the muscle.

You see, the muscle is where vaccines are meant to remain: “Muscle tissue tends to keep vaccine reactions localized.” Instead, the spike protein has been located in tissue throughout the body. Two years hence, Makary awoke to this phenomenon, parroting it on “Tucker Carlson Tonight.” “Good morning, Elijah,” as we used to say in Israel. Independent medical thinkers the likes of Dr. Peter McCullough, Dr. Kelly Victory, Robert Malone, and inquiring, honest minds like England’s Dr. John Campbell are usually absent from Fox New (if they make a brief appearance; Laura Ingraham motormouths over them).

Another late, more meaningful, awakening has come from Dr. Henry Kissinger. The famous originator of realpolitik in diplomacy finally piped up in favor of “achieving peace through negotiation” between Ukraine and Russia. Kissinger reminded his neocon readership at The Spectator, alas belatedly and all-too timidly, that “Russia has made decisive contributions to the global equilibrium and to the balance of power for over half a millennium. Its historical role should not be degraded.” He “recommended establishing a ceasefire line along the borders existing where the war started…”

Well before its originator, your columnist was first to revive the realpolitik concept in the context of Ukraine. If the invasion of Ukraine commenced on February, 24, 2022; then March 3, 2022 saw yours truly writing the following in “Uncle Sam Still King Of All Invaders: Ukraine, Realpolitik And The West’s Failure“:

Good old realpolitik is what Zelensky should have been practicing with his powerful neighbors and historic brethren, the Russians. This is precisely what President Joe Biden should be shamed into doing now: talk to Putin; thrash out a cease-fire, ASAP; haggle for the lives of the population under siege because led by imbeciles.
Realpolitik is practical politics, the art of getting along, differences and all, in a real world in which reality, including the differences between people and their political systems, is accepted and dealt with.
Contrary to proclamations, it is not a moral foreign policy that America practices but a moralistic one. Be like us or we’ll destroy you! Instead of realpolitik, Zelensky adopted America’s moralistic, impolitic, uppity manners. Zelensky, a failed leader—a success only to the Anglo-American welfare-warfare machine—ought to have been at the negotiating table with Putin from the start.

“It’s biblical, Zelensky: a leader who fails to haggle for the lives of his people is a failed leader.” Since the command-and-control US Media purge any news of peace talks with Russia, we’re none-the-wiser to the fact that at least Israel, France and Turkey are currently active in mediating peace talks.

Ever wonder how Zelensky and family could have remained safely ensconced in Ukraine, as over a million of his countrymen have been forced to flee? The little runt is very likely heavily protected by the best of our Special Forces, or by a private, paramilitary security company paid for by the American taxpayer. A kept man, his flesh softer than sin under the khaki costume, Zelensky has no incentive to quit his shabbily self-serving “heroics,” now that the world’s greatest deliberative body has authorized billions for his upkeep and that of his country for posterity, in sickness and in health.

Some merriment has been provided by my favorite royal, Kate Middleton, who is taking the mickey out of the monstrously crass Meghan Markle, and doing that with a killer curtsy, a practice mocked by Moron Markle in her Netflix melodrama. Markle is a race-baiting two-bit actress, who takes pride in not being able to learn the simplest of routines, the curtsy. In tilting that delicate ankle with a broad smile and good cheer, Kate put this Ugly and Evil attention seeker and her low IQ sidekick in their place.

A spiteful and nasty racism spotter, Markle comes not to bolster a great family, but to destroy and malign it—sow divisions, nurse grudges and veer from melodrama to the next, for that is how a conniving, cunning knave such as this bitter bit maintains her necessary level of arousal.

Try as classy Kate might to counter aggression against her person and family—there comes a time when a pointy Prada stiletto embedded in a squat behind, Markle’s, is the best option. The Windsors look weak—and worse; they look rudderless. It’s time to make the pygmy nipping at their heels cease and desist.

Answer: In America and in England, black is beautiful. To be black is to be more righteous, nobler; carry the heaviest historic baggage—heavier than the Holocaust—and be encouraged to perpetually and publicly pick at those suppurating sores. To be black is to have an unwritten, implicit social contract with wider, whiter society. To be black it to be born owed apologies, obsequiousness, education, and automatic exculpation for any wrongdoing.

MORE RUMINATION IN A LIVE holiday special of the HARD TRUTH podcast: 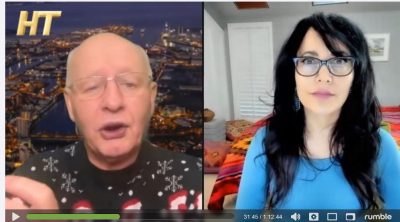