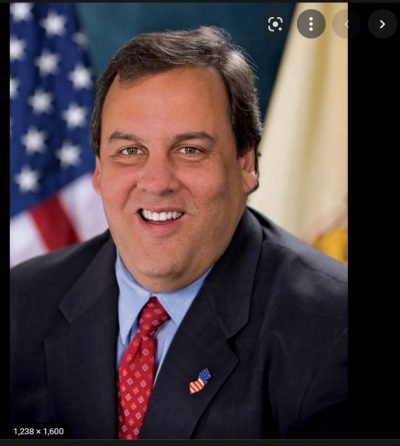 New Jersey Gov. Chris Christie may be planning to join the Republican presidential thrust and “Perry.” Toward the end of his address on Tuesday, at the Reagan Library, Gov. Christie chastised Barack Obama:

• for “telling those who are scared and struggling that the only way their lives can get better is to diminish the success of others”;
• for “trying to cynically convince those who are suffering that the American economic pie is no longer a growing one that can provide more prosperity for all who work hard”;
• for “insisting that we must tax and take and demonize those who have already achieved the American Dream.”

Although Christie didn’t quite put it this way, these are the base instincts to which Obama appeals. Alas, references to Ronald Reagan do not make a speech Reaganesque. To be Reaganesque, Christie will have to expose the spirit of socialism—envy, entitlement, aggression—and juxtapose it with the morality of capitalism: commerce, creativity, comity.

Gov. Christie boasted that his “Executive Branch” showed the requisite leadership, not least in educating the public before enacting solutions to New Jersey’s problems. If Christie wishes to “educate” the rest of the country, as he claims to have done for New Jersey, he would have to first strike at the assorted zero-sum, socialist notions, whereby one person’s plenty is portrayed as another’s poverty.

Chief among these is the concept of “the American economic pie.” This pie-in-the-sky is perverse in the extreme because it feeds the idea of a preexisting income pie from which the greedy appropriate an unfair share. Wealth, earned or “unearned,” as egalitarians term inheritance, doesn’t exist outside the individuals who create it. Wealth is a return for desirable services, skills and resources rendered to others. Labor productivity is the main determinant of wages—and wealth. Most wealthy Americans produce what they consume—and much more; they don’t remove or steal it from poorer Americans.

Granted, Christie warned of America turning into “a nation that places entitlement ahead of accomplishment,” but claimed incorrectly that, with this message, Obama was demoralizing America. Polls prove Christie wrong; Obama is simply tapping into existing sentiment. Gallup recently revealed that the “majority of Americans generally favor increasing taxes on the rich as a way to increase revenue.” Sixty-six percent to be precise. “Forty-one percent of Republicans favor raising taxes on higher-income Americans.”

The September 20 survey also indicated that the majority of Americans like the state-expanding ideas offered-up in Obama’s Job Plan, grandiosely and deceptively titled “Living Within Our Means and Investing in Our Future: The President’s Plan for Economic Growth and deficit Reduction.” Americans “favor providing funds for hiring teachers, police officers, and firefighters, and providing funds for public works projects.” Contra Christie, a rearrangement of the income curve is not in the least “demoralizing” to most Americans.

Socialism is humanity’s second nature. All politicians do is turn human vice into votes.

An experiment conducted at the Universities of Warwick and Oxford—and reported in this space, in 2003—provided more of a confirmation than an investigation of human nature. Ingeniously operationalized by Professors Andrew Oswald and Daniel Zizzo, this laboratory experiment demonstrated the lengths to which people will go to destroy the wealth of others—even if, in the process, they knowingly wipe out their own fortune.

The economists approximated reality by distributing cash unequally among their subjects, who were then told they could anonymously “burn away other people’s money,” with one caveat: they would be destroying some of their own funds at the same time. Incorrectly, our rational researchers hypothesized that little “burning” would occur. At the very least, Oswald and Zizzo expected “burning” to cease once the destruction of the opponent’s property became too painful to the player’s pocket. The professors were flummoxed when fully 62 percent of their subjects continued to “burn” others’ cash at a crippling cost to themselves.

Laboratory-to-life extrapolations can be problematic, but this experiment transports effortlessly.

As mentioned— and whether or not they are aware of indirect harm to themselves—66 percent of our slash-and-burn citizens would like to soak the rich. That’s a sizeable majority. Social determinists tend to blame extraneous forces for corrupting human nature—the State if they are libertarians; the free market if they are socialists. But implicit in a worldview that recognizes free will is an acknowledgement of personal responsibility.

Chris Christie prides himself on being a real leader. Amid calls for the wealthy to “pay their fair share”—newspeak for looting the rich—the Incredible Hulk ought to remind the inhabitants of Ronald Reagan’s “God-blessed” “shining city” that government-mediated robbery is still robbery.

Not for nothing for do the Ten Commandments prohibit theft: even coveting the belonging of another is considered a sin in Mosaic law.