That the Supreme Court of the United States (SCOTUS) finally delivered a decision returning and restoring power to the states on this one issue, abortion, is as it should be. If her state outlaws abortion; a woman can still board a Greyhound bus to get the procedure elsewhere.

The ethical elegance of the libertarian argument was voiced before in this space:

However much one disdains abortion, one can’t get away from the matter of self-ownership. You simply have no right to take custody of an adult’s body. An adult woman, however loathsome, either owns herself and everything inside her or doesn’t. You can’t “own” yourself with the exception of your uterus or in conjunction with other busybodies.

Thus, theoretically, “Women have the right to screw and scrape out their insides to their heart’s content.” With a proviso: Americans who oppose abortion must be similarly respected in their rights of self-ownership. Taxpayers who oppose the procedure ought to have an equal right to dispense of what is theirs—their property—in accordance with the dictates of their conscience.

Trojans, Trivora or termination: An American woman has the right to purchase contraception, abortifacients and abortions, provided … she pays for them. For like herself, America is packed with many other sovereign individuals, some of whom do not approve of these products and procedures.

So, while adult women ought to be able to terminate their pregnancies—always to the exclusion of late-term infanticide—what America’s manifestly silly sex does not have the right to do is to rope conscientious objectors into supplying them with or paying for their reproductive choices. The rights of self-ownership and freedom of conscience ought to apply on both sides of the abortion debate.

Late-term abortion, generally, must always be outlawed. (I realize, dear reader, that I owe you argument, not assertion, which, alas, is what I’ve provided.) One could argue that, Dobbs v. Jackson Women’s Health Organization, the deciding case brought before the SCOTUS, did concern late-term abortion, with the state of Mississippi banning abortion after 15 weeks, pursuant to which, “The Jackson clinic and one of its doctors sued Mississippi officials in federal court, saying the state’s law was unconstitutional. A federal district court and the Fifth Circuit Court of Appeals ruled in favor of the clinic, blocking Mississippi’s law. But the state appealed to the Supreme Court, which put the case on its docket.”

The result has been real federalism—on this one vexing matter—although, individual taxpayers who conscientiously object to abortion will still be on the hook for these services should their state authorize them. Federalism does not respect individual choice. And, federalism has hardly been revived. Powers have never been more concentrated in the Federal Frankenstein, which has never been more intractable and tyrannical.

Have we not just lived through three years during which the Pharma State has consolidated power as never before? On pain of taking the Covid jab, the state has de facto established license to shutter a subject’s business, deny him freedom of movement, quarantine, fire, and separate him from loved ones. Arrests of political opponents without due process have become more common in police state America than in Apartheid-era South Africa (which, as chronicled in Into The Cannibal’s Pot, was surprisingly legalistic and by-the-book). On a serious country’s scale of priorities, abortion would not rate a mention.

Law, moreover, is force. Criminalizing abortion (in the midst of a true crime wave and a systemic breakdown of ordered liberty) implies the creation of a new category of criminal, to be punished for the commission of an abortion: the abortion-seeking woman and her D&C performing (dilation-and-curettage) health-care workers.

The piss-poor quality of the now-overturned Roe V. Wade jurisprudence has never been in question. Wrote a reader: “There were 50 state laws on abortion until the Republican-appointed Harry Blackmun decided to merge the musings of his Mayo Clinic physician buddies and the vaguely written 14th Amendment into a stream-of-consciousness halachic SCOTUS decision known as Roe v. Wade. Since then, 55% of black pregnancies get aborted compared to a third of Hispanics and 11% of white.”

These statistics are significant in the context of crime. John J. Donohue and Steven D. Levitt (2001) had established that “the legalization of abortion, in the early 1970s, played an important role in the crime drop of the 1990s. Ceteris paribus, “legalized abortion will account for persistent declines of 1% a year in crime over the next two decades.”

Reversal of the trend is inevitable.

Myself, I don’t have sticky fingers and have no desire to control women’s wombs. Let progressive women—especially the fulminating fiends twerking and tantruming across the country—suction their uteruses for all I care. As evolutionary psychologist Ed Dutton has suggested, “Some people voluntarily resigning from the gene pool is a good thing.”

The consequences of a similar impetus against family planning in the undeveloped world have been described less daintily by Kevin Myers, former Irish Times columnist, banished from ossifying circles for telling the truth:

The wide-eyed boy-child we saved, 20 years or so ago, is now a low IQ, AK 47-bearing moron, siring children whenever the whim takes him, and blaming the world because he is uneducated, poor and left behind. … Somalia another fine land of violent, AK 47-toting, khat-chewing, girl-circumcising, permanently tumescent layabouts, and housing pirates of the ocean. Indeed [in Africa], we now have almost an entire continent of sexually hyperactive, illiterate indigents, with tens of millions of people who only survive because of help from the outside world …

Also conducting themselves like primates in estrus are American women in protest of Dobbs v. Jackson . They are showing themselves to be in-and-out ugly—gorgons howling at the gods for being undesirable. And conservatives want deranged distaff to be mamas?

Beware: Babies born to “spiteful mutants” will likely be a lot like their mothers, who are not in God’s image. A medal to the man who gets on top of such putrid flesh for his jollies. 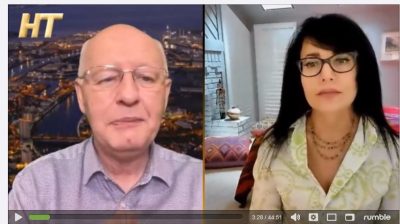