A day after the January 16th hostage-taking at the Colleyville Beth Israel synagogue in Texas, near Fort Worth, the media reported that, “FBI and local police breached the building and ended the hostages’ 12-hour ordeal.”

Details were murky and the media, ever malfunctioning, remained chronically incurious about the story’s nuances. Unclear was what transpired toward the end of the hostage-taking, courtesy of a British Muslim on a mission of Jihad to the U.S.

The day after, we didn’t even know if terrorist Malik Faisal Akram died by law enforcement or by his own hand. Akram had aimed to free a Pakistani woman, Aafia Siddiqui. She had received a life sentence, under a terror enhancement, for attempting to murder U.S. soldiers occupying Afghanistan. Like her menacing, over-the-top moniker, “Lady al Qaeda” is serving what seems an excessive sentence in a Texas federal prison. (Gleaned from his own words, Akram’s primary motive is America’s foreign policy.)

Sketchy details notwithstanding, it also appears true that Rabbi Cytron-Walker acted as an “American folk hero, demonstrating composure and leadership under intense pressure.” A quiet and unassuming young man, the rabbi had led his captured congregants out of harm’s way by throwing a chair at the gunman and instructing his congregants to bolt. It later transpired that it was he and not the FBI who extricated the hostages.

When in recent memory has the FBI stopped an attack on the homeland other than attacks originating in its own entrapment schemes, where a low-IQ Abdul is persuaded to purchase explosives from the FBI “for Jihad” and then is “caught” in the act. A presser follows.

That said, had the rabbi not welcomed the stranger into the inner sanctum of his synagogue, throwing caution to the wind—heroics would have been unnecessary. More material, the incident could have been prevented had the country’s derelict “principal federal law enforcement agency” not welcomed Akram into the country.

The FBI has no shame. As standard operating procedure, not a day goes by when FBI agents or local law enforcement don’t tell a supplicating white America that the loss of their beautiful sons and daughters to focused and furious black hatred is entirely random, merely a function of mental illness, as that murmured mantra goes. Lies.

Duly, when the dust settled on the Texas synagogue incident, one of the FBI agents announced pro-forma that the attack on Beth Israel was … “not specifically related to the Jewish community.”

Jewish leaders were having none of it. They were quick to put the errant FBI in its place. Would that Christian leaders did the same, for they never pipe-up in the matter of the country’s black-on-white, daily deluge of hate crimes. Warn the flock that a pale, often-beautiful face can get them killed, will you?

At the mercy of a different kind of mediocrity was Serbian Novak Djokovic, the best tennis player in the world and a holder of 20 Grand Slam titles. Covid has given cover to legions of mediocre busybodies whose tentacles have enervated all fields; sports included. Under the cloak of Covid control, these tyrannical state stooges are suppressing and taming individuality and excellence.

Djokovic arrived in the penal colony that is Australia, to play in the 2022 Australian Open. Whereupon the country’s Covid wardens detained him in a Melbourne detention hotel, following a dramatic layover at the border. The exercise culminated in a visa cancellation. All because Djokovic, a perfect specimen of health, wouldn’t take his medicine like a good boy. Those are the terms of debate in the “Free World.”

With the world’s best player—a champion of the game, of freedom and of reason—out of the way; tennis’s lesser players scurried to construct a tournament without the best, which is a lot like watching the 100-meter dash without the Usain Bolt of the day.

The acme of athletic achievement, expressed in the immutable truths of speed, strength and skill, is uncontested. The charmed men and women grace the podiums for no other reason than that they are the finest in their fields. What greater contrast can there be between the sports champion, who powers himself to the pinnacle, and the politician, who drapes himself in the noble toga of idealism, in the famous words of Aldous Huxley, so as to conceal his wicked will to power?

Sometimes what that noble toga conceals is just insufferable self-righteousness.

Like Australia’s freedoms, so are American freedoms being whittled away by busybodies and bullies. It doesn’t help that the new citizens America accepts into her midst have no feel whatsoever for the exquisite fragility of our individual rights. Why would they, if fame and street cred go to those championing a cause célèbre, instead of speaking up about the demise of the Bill of Rights. (The two—a cause célèbre and the protection of the Bill of Rights—appear to be mutually exclusive causes.)

Anus Kanter Freedom, a basketball player (and hardly a fertile mind), is a newly minted American citizen who cares above all not about his countrymen’s rapid loss of liberties, but for the lost freedoms of a Chinese minority. In that, Kanter is the consummate global citizen. It is thus unclear why Tucker Carlson, a nationalist, celebrates and elevates this internationalist, whose trendy cause is deployed reflexively like a moral amulet: “See. I’m good; probably better than y’all. I speak up about the Uyghurs.”

WATCH “The Good, The Bad, The Eternally Boosted & The Plain Annoying” And SUBSCRIBE. 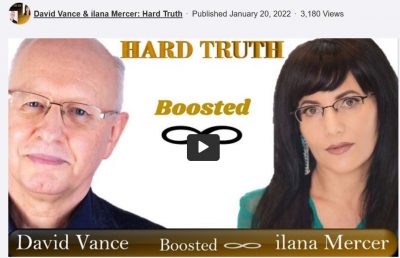