Cancelling the Grand Old Party (GOP) was the mission of last week’s “Hard Truth” podcast, undertaken by your columnist, her partner, David Vance, and guest Jack Kerwick (introduced here). And on good grounds. The Republican Party has never stood up for you, will never stand up for you and is not going to do what it takes. Past is prologue.

As Dr. Boyd Cathey has observed, the “party which never conserves anything” had been exposed as such as far back as 1875. “The great Southern author, Robert Lewis Dabney, writing a decade after the end of the War Between the States … expressed presciently this tendency of dominant, post-war Northern conservatism”:

The history of the Republican Party is “that it demurs to each aggression of the progressive party, and aims to save its credit by a respectable amount of growling, but always acquiesces at last in the innovation. What was the resisted novelty of yesterday is to-day one of the accepted principles of conservatism; it is now conservative only in affecting to resist the next innovation, which will to-morrow be forced upon its timidity, and will be succeeded by some third revolution, to be denounced and then adopted in its turn.”

A point of philosophy arises. From the progressive perspective, society—civil and state—are what shape the human being and account for his conduct. To the extent our world is filled with perverts, grifters, and deviants—they were propelled into misbehavior by societal forces often beyond their control. Or, so goes progressive-style social determinism.

Libertarians, for their part, also often err on the side of a structurally similar social determinism. The State, their reasoning goes, accounts, for the most, for deviance in society. Remove the State and you remove the incentives for people to behave badly.

This Hebrew takes the biblical view tested by time. It is that, as stated in Genesis 8:21 (with thanks to my editors), the instinct of man is evil from his youth. (Or, wackily mistranslated: “the imagination of man’s heart is evil from his youth.”) Evil is integral to the human condition, always has been, always will be. Evil can’t be wished away, treated away, medicated away or legislated away. Evil is here to stay.

What we observe in the political landscape is a function and a reflection of human nature, acting in aggregate. Over and above the idea that we get the government that we deserve is the devastating reality that this government doesn’t stand apart from us. It is us.

Stated by a reader on American Greatness, “We are culturally rotten…as a country and a people…sick to the core. Without shame, without humility, without prudence or common sense.”

In the aggregate, this is probably true. We evince deep, all-engulfing systemic rot, manifested in public and personal life.

Some questions, however, lingered. Were we and our guest, Dr. Kerwick, being theoretical purists, rejecting or refusing to engage with the political reality as it is? Perhaps conservatives should just put up and shut up about the Only Game in Town? Succinctly put by another of our fabulous viewers and readers:

“Yup! The Republicans suck. But the Democrats want to kill me.”

To that, David provided the perfectly plain answer, as is his wont. WATCH. So did the late Andrew Breitbart of blessed memory. WATCH AND SUBSCRIBE.

David and ilana also get down to some “Monkey Business.” Look, the disease du jour, “Monkey Pox,” is not a concern, although The Powers are itching to make it a lockdown affair. All you have to do is avoid biblically prohibited copulation.

(Oh, last week, ilana went with a woke aesthetic, as viewers of the “Hard Truth” podcast told her bluntly. So, no more unwashed hair on this May 26, 2022 “Hard Truth” episode. Ilana cleaned up “good,” as they’d say in the South.) 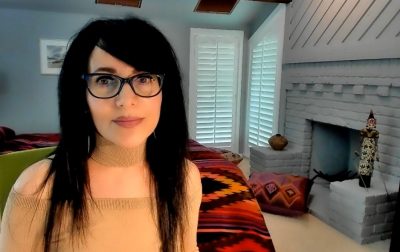 Also on Odysee and BitChute if those platforms float your boat.