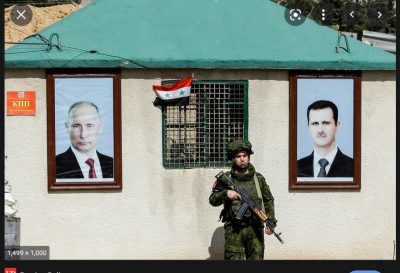 To listen to U.S. government officials there is only an upside to the punitive sanctions imposed on Iran by the United States and a reluctant European Union. Consequently, the emphasis is forever on how to toughen the punishment; never on whether to lift economic sanctions on the long-suffering people of Iran.

But what about the effects of trade boycotts on American businesses?

Chris Harmer of The Institute for the Study of War estimates that the Boeing Company alone forfeits a minimum of $25 billion in business every year because of U.S.-imposed sanctions on Iran, a niche market that is filled by the Russians. Overall, Harmer puts the value to U.S. business of trade lost due to the economic embargo on Iran at approximately $50 billion per annum.

For example, Iran imports $1.5 billion worth of cars a year, the beneficiaries of which are companies like Nissan, Toyota and Peugeot (when they might have been General Motors and Chrysler). Peugeot does an added half a billion dollars’ worth of commerce with Iran just in car parts. The Iranian economy, moreover, has diversified and is adapting to life without the U.S. The rest of the world—pockets in Europe and most of Asia—has not isolated Iran, with the result that the country has many trading partners other than the U.S. And while Iran has lost petroleum revenue due to sanctions, the trend will not endure. China, Japan and South Korea are hungry for the country’s crude.

Not to be overlooked are the costs to Americans of sanction enforcement, avers Harmer. In addition to the opportunity costs—the missed business aforementioned—there are “direct costs.” The Office of Foreign Asset Control in the U.S. Treasury Department squanders around $1 billion a year in developing lists of “financial institutions that are subject to sanctions,” and then infringing on the rights of individuals and companies to freely exchange privately owned property.

“Indirect costs” are incurred in the course of cultivating a massive U.S. intelligent infrastructure—a veritable alphabet soup of agencies—upon which the Treasury draws in enforcing a regimen of sanctions.

So, too, are the “deterrent costs” borne by the American taxpayer who pays for patrolling the Persian Gulf, the Northern Arabian Sea and the Strait of Hormuz.

Ultimately, trade, not democracy, is the best antidote to war with Iran. The more economically intertwined countries become, the less likely they are to go to war. More than boycotts, barter with Iran is bound to promote good will and reduce belligerence on both sides. As a general rule, state-enforced boycotts harm honest, hard-working Americans who use the economic means to earn their keep. They benefit servants of Uncle Sam—the political class and its media and think-tank hangers-on. For they deploy the political means to advance their ends and grow their sphere of influence. As libertarian economist Murray Rothbard once observed, these “are two mutually exclusive ways of acquiring wealth”—the economic means is honest and productive, the political means is dishonest and predatory.

As always, it’s us against them: the state versus the people who labor outside it and in spite of it.

For now, Obama’s eager response to Iranian overtures has sidelined Syria. Before Syria recedes in memory—to be replaced by demands for action against Iran—it’s worth considering one constant quantity: the media guttersnipes and their motivation.

The bobbingheads of TV have been complaining in the most unctuous terms that Russia and Syria have pulled one over us. The U.S., they lament, has been weakened, evidently, because someone halted the momentum of war.

You see, the chattering and political classes cannot conceive of greatness outside the state because they are part of the state apparatus and depend on it for status and income. Conversely, individual Americans—who have nothing to gain and only losses to sustain from war—should never conflate their interests with those of the government and its emissaries, who have everything to gain from the great theater that is war.

More than anyone, who benefits when America goes to war? Those who “function within the nimbus of great power” in D.C. and around it—the media-military-congressional-industrial complex.

Thus did Charles Krauthammer ridiculously equate the failure to go to war against Syria with “Russia supplanting America as regional hegemon.” Krauthammer was joined by others, not least of them Bill O’Reilly and his sidekick Dennis the Menace. How diminished will the bluster of both media mouths be if the U.S. is no longer dictating the terms of war (lots of it) and peace (too little of it) in the world? Their immense egos will suffer. Maybe even their incomes, eventually.

But not you, the everyday American.

Putin stopped a war in Syria. This is not the same as “supplanting” American power. Rather, the Russians replaced bully power with a balance of power, and this is good for ordinary Americans.

He who saves you from war is better than he who sends you to war. The proof is in the Putin.