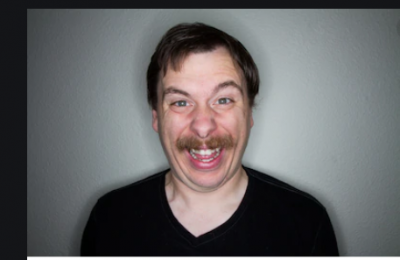 “Nothing is going to happen to me, man”: Those were the immortal words of an inebriated illegal alien who rear-ended an ass ─ Democratic State Rep. Michael Moran of Brighton, Massachusetts ─ in what was described in the press as a “serious car crash.”

Welcome to our world, Mr. Moran.

The suspect was as spirited as he was high. The soused 27-year-old Isaias Naranjo was decked up in a Mexican costume. And, as the local Fox 25 channel reported, Naranjo laughed when he was “told of the serious charges he would be facing” (lies). “Nothing is going to happen to me, man,” he taunted the cops (true). I’m “going back to my home country, Mexico.”

He might have been drunk and deadly, but Naranjo was dead-on about the joke of a “system” he would be facing. Naranjo was not the only one in stitches. The political class is adept at using monies mulcted from taxpayers to segregate itself from the vagaries of every-day-life in America; so it is not often that this predatory class gets its just deserts.

Unkind cuts came fast and furious on the blogosphere. “This just made my morning,” a blogger rejoiced. “It couldn’t have happened to a nicer guy,” quipped Michael Graham of the Boston Herald, who was on a roll. The columnist entitled his column, “Crash test for dummies.” “Someone’s a total clown in this story, Rep. Moran, and it’s not the guy in the costume.”

The gloating Graham explained: “Michael Moran is a staunch supporter of the ‘sanctuary’ approach to illegal immigration we have here in Massachusetts. He voted against [an amendment] that would require applicants for state benefits to prove they’re here legally. Moran voted for subsidized college tuition for illegals, too.”

And Moran supported Gov. Deval Patrick, bosom buddy to Barack, in stripping Massachusetts state police of their immigration enforcement powers, the kind Arizona is being pilloried for reclaiming. Represented by John Morton, the assistant secretary of homeland security, the Traitor Class has threatened to put Arizona’s immigration-enforcement law on ice, by refusing to process criminal aliens referred to ICE (Immigration and Customs Enforcement) by the besieged border state. As perfidious as it is, all the threat means in practice is that Arizona’s criminal aliens will be deprived of the federal government’s generous catch-and-release program.

Still, in Arizona, driving senseless and sans a license would give rise to an immigration-status check, and, with any luck, time alone with Sheriff Joe Arpaio. Not so in Massachusetts. There, the police officers who apprehended Naranjo are prohibited from inquiring about the immigration status of all such understandably jolly offenders. Naranjo’s nirvana has been guaranteed for sometime to come by the Commonwealth’s legislators: Just the other day, they “rejected a bill to crackdown on illegal immigrants.”

Charlie Baker, the Republican candidate for governor, calls the car crash “a seminal event of sorts”: “The fellow in question doesn’t think our laws apply to him, and that’s a problem.” What a spectacularly stupid thing to say when the “fellow in question” is correct: The law of the land does not apply to his ilk.

When liberal lawmaker Moran finally gave an interview, he re-dedicated himself to the fight for feisty foreign nationals dressed in Mariachi pants. Right on cue, Moran then shed tears ─ not for his countrymen who are being steadily picked-off by pickled criminal aliens. (Here is an online memorial dedicated to the multitude of murdered men, women and children Moran was not mourning.)

Moran dissolved in a puddle for the passenger in the offender’s car.

I ask you: Is there anything more immoral than a liberal male?

The merriment of the miscreant Naranjo, however, is perfectly justified ─ and logical. All natural-born predators respond in this manner to the permissiveness that pervades and perverts the society around them ─ from its laws, to its sexual and child-rearing mores.

“Comprehensive immigration reform” is not a “solution” to the low-grade domestic terrorism practiced with impunity by the likes of Naranjo, for it is lawlessness and libertinism by any other name.

The end result of positively reinforcing bad behavior is that you get more of it. The culmination of a failure to punish predators is a debased, dissolute, slum-dog society in which, by legal decree, the righteous suffer and the wicked prosper.