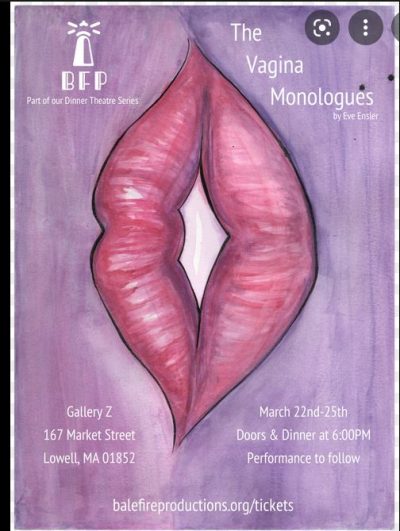 A surefire way to be labeled a desiccated dogmatist is to express some reservations about the way matters sexual are discussed in our public forums. One would sooner admit to being a member of the Hollow Earth Society than confess to being something of a prude. No surprise then that, as a bit of a prude, I never cease to recoil at the explicitness aspired to in the daily discourse diet. From “Friends” to “Fraser” to “Sex and the City,” it is de rigueur for these true-to-life characters to dilate on their sexual proclivities and practices with the same ease once reserved for discussing a lesser carnal refreshment like afternoon tea.

Turn to the printed media and you have the award-winning Christie Blatchford of the National Post briefing her readers at every opportunity on how priapically deprived she is. Evidently as desperate, Ann Kingston, Blatchford’s colleague, does not finesse her words either. Ms. Kingston went into raptures over the advent of a kind of mechanical female Viagra. The Eros System, she promised cringe-style, was sure to get women in the mood “to mambo”. Ms. Kingston’s excitement was tempered only by indignation over the fact that the device did not make front-page news (Hallelujah), for which predictably she blamed no other than the pale, patriarchal, penis people.

All told, even more repelling than the prurience was Ms. Kingston’s inability to interpret for her readers the statistical insignificance of the data behind the marketing gush: the glowing results which promised, according to this columnist, to make the device the unrequited woman’s contraption of choice were derived from a six-woman-strong sample!

The Vagina Monologues (I kid you not) is a stage performance now all the rage in the U.S. While Eve Ensler, the playwright responsible for these soliloquies from down under has been summarily dismissed by cultural critic Camille Paglia as possessing of “a dreary, pedestrian, unliterary mind,” Ensler has yet to be laughed off the cultural stage. Au contraire: from the podium on which she is perched, Ensler claims that the survival of women as females hangs on her dialogue with “this much mumbled-about body part”. It seems she is taken perfectly seriously, despite being very plainly in the mental buff.

Honestly, does shouting aloud about body parts and processes move us to a new level of awareness? If anything, I venture that this sort of self-aggrandizing obsession is bound to increase the prevalence of sexual dysfunction. Besides which the said enclave is not a “mumbled about body part”–it is much revered. Men, it has been observed, struggle to emerge therefrom and spend the rest of their days trying to resubmerge therein, admittedly, a reality more filled with bathos than pathos.

Granted that the mesmerizing power women have over men is lost on females like playwright Ensler, does she of the asinine genital-speak not realize that some things are best left veiled and mysterious? Women of her ilk are first to shout about the objectification of their sex, but are complicit in ensuring that the act itself suffers the very same fate: sex is being reified; made an object, a fashionable accessory, a part of a healthy life-style, or the bulwark of some imaginary emancipation.

In an orifice, I suggest, women like Ms. Ensler have found a suitable interlocutor.

From Viktor E. Frankl, leader of the Third Viennese School of Psychotherapy, comes real insight into achieving sexual bliss. The concept of “hyper-intention” originated by Frankl explains why those who buy into the sexual bombast, the public posturing, and the exhibitionism, may be left high and dry. Essentially, this means that, try as they may, individuals who make achieving sexual gratification “the object of intention and attention” are doomed to fail. In the achingly beautiful book Man’s Search For Meaning, Frankl explains that “pleasure is, and must remain, a side effect or by-product” of a relationship. It will evade those who make it a goal in itself. “Sex is justified, even sanctified, as soon as, but only as long as, it is a vehicle of love,” writes Frankl.

All these sexual loudmouths front and center, including our withered, national, sex tele-educators, deflect from the partnership that should come with sexual satisfaction, and diminish, denude and reduce the act to no more than friction.